Brace for the Heat

Summer in Australia represents the time of the year when electricity demand peaks across the nation.

With a summer peppered with intense heatwaves expected, the electricity network could come under incredible strain.

Given the recent trend of harsh summers, more and more people have their air-conditioning switched on all day or their pools running.

Essentially, this means even more demand, and the AEMO has to ensure that the electricity grid can deliver for Australians.

This summer, however, our nation could be in for a nasty surprise.

Across the nation, temperatures for this summer are expected to be much higher than usual.

As a result, long heatwaves are expected in the northern parts of Australia, while shorter but more extreme heatwaves are forecast in the southern reaches.

Not to mention, people use a lot more electricity when they are desperately trying to keep cool.

As heatwaves this year will last for much longer, the demand for electricity will go up, and stay up.

By all means, the power grid may seriously struggle to keep up with exploding demand for electricity.

Power generators, such as coal-fired plants, may break down more frequently and not produce enough electricity.

Beyond heatwaves, the Bureau of Meteorology says there is a higher risk of bushfires this season in Australia, especially the south-east regions.

Drier conditions and a rise in temperature are effects of global climate change.

Now those effects have reached our doorstep.

Bushfires can seriously affect the power lines and poles which make up an electricity transmission network.

Bushfires can also potentially stall the operations at a power generation plant.

Earlier in 2018, the state of NSW experienced one of the worst droughts in the past 35 years.

With a scorching summer coming up, the availability of water is going to be in question.

In fact, there is a very low chance of rainfall in Australia before Autumn 2019.

Water is essential for three types of power generation – hydro, coal and gas:

Hydro generation uses falling water as an energy source to convert into electricity.

Coal and gas plants heat water and convert it to steam before generating electricity.

Coal and gas generation makes up over two-thirds of the power produced in the country.

Overall, it is expected about 85% of electricity generators will be affected by the coming summer heat.

So what happens when generators don’t have enough water?

What happens when power generators break down from overuse and have to be taken offline?

There is only one answer, and it’s a painful one – crippling blackouts.

The AEMO expects “a heightened risk of involuntary load shedding” in VIC and SA this summer.

As a result, blackouts are expected in two Australian states holding over 8 million people.

Overall, as the power supply falls, there could be severe hikes in electricity prices all over the nation.

If that happens, expect to see a bump in your power bills this summer!

Read here: Why is my electricity bill so high?

The rising adoption of solar in Australian homes is good news for the power grid.

For the most part, rooftop solar systems are stabilising the total grid demand.

Additionally, to combat any shortfalls, the AEMO will try to make sure it has enough reserves for emergencies.

The AEMO expects to complete negotiations with power generators and state governments shortly.

The AEMO has admitted, however, that unexpected events can happen when the power system is “under pressure and most prone to failure”.

Ultimately, the outcome of the AEMO’s search for reserves remains to be seen.

It must be noted, however, that a decent amount of reserves have been secured so far.

The need for a government policy that makes the electricity grid more reliable such as the NEG is urgent.

To say nothing of, stay cool over the coming summer Australia!

By all means, it may be harsher than you think!

Want to stay ahead of the curve? Call our team of electricity brokers and get yourself on a sharper rate for your electricity or gas! 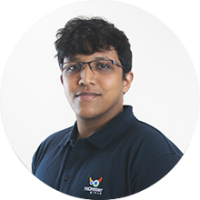